Once upon a time (1993), back when Charles Barkley was known better as a professional basketball player and not an analyst with a bad golf swing, he famously declared that athletes shouldn’t be role models.  Nike even made a commercial about it.  And while many people agreed with the underlying point the Round Mound of Rebound was making, the comment left a bad taste in the mouths of the public because the reality is that it doesn’t matter if you WANT to be a role model – sometimes you just are.

It’s the same for leaders.  You may think you were hired for your business acumen, or your ability to set a vision for the company and produce results.   Okay, you’ve got me there – you were hired for those reasons.  But there is another line in your job description that may or may not be explicitly stated.  As Uncle Ben tells Peter Parker, with great power comes great responsibility.  And that responsibility is  to be a role model to your organization. 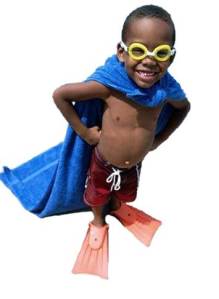 This idea – “the shadow of the leader” –  has been around for a long time, but was first studied in business organizations in Larry Senn’s 1970 doctoral dissertation (and his company Senn Delaney is still rocking the concept).    Remember when you were a kid and you used to dress up like a super hero?  Employees are kind of like that kid – they emulate the people they look up to, or who have control over them.

Here’s another way to think of it:

Think of a family tradition that has been passed down generation after generation.  It might be a phrase that everyone uses, a certain way you cook something, game night, anything. For example, when I make a pizza, I always cut it into squares.  Why?  Because that’s the way my dad always did it.  There is no real reason to cut a pizza into squares – in fact, some would argue it’s very inefficient.  But that’s how pizza was cut in my house, and so that’s how I cut it.

In your organization, you’re the one cutting the pizza into squares.

The leader of an organization casts a shadow that influences the group culture.  This shadow may be weak or powerful, but it always exists.  Whole organizations often take on aspects of the personality of a strong leader (think Apple, Microsoft, Southwest, Virgin, etc.).  It’s not so much that leaders force their style and values on others, but that employees tend to look upwards for clues as to what is important, how to get ahead in the organization, and how to fit in.

This is the power of the shadow in action – the power to shape and influence the character of an organization.  Do you know what kind of shadow you’re casting?

One of the best things about the shadow of the leader is that you have the power to control it – you can take specific actions that will help you cast the shadow you want in order to create the culture you want.  Below are some questions you can answer to help you be the leader you want people to emulate:

Once you’ve answered those questions, you are ready to create an action plan for change, thereby taking control of your shadow.  Complete these sentences to create your action plan:

We don’t choose to be role models, we are chosen.  Our only choice is whether to be a good role model or a bad one.

Once upon a time, I had a chance to work with a vendor with a really cool product that enabled you to measure the culture of your organization (they’re called RoundPegg – look them up, as they are awesome). At one point in the process, we had an option to decide to test the entire company and get a true measure of our culture, or handpick people we felt “represented” our culture. This was kind of a big deal, especially given where I was working at the time.

There was an unspoken concern that the results would tell us nasty things about the culture…things some of us acknowledged and wanted to fix. These were the same things that others chose to view as our “uniqueness”. Basically, we had to decide what reality we were willing to confront. Ultimately the decision was made to pick those who exemplified the aspirational culture and assess them.

I think this was a cop out, and I hope you do, too.

I will always remember the gist of what Natalie (one of the RoundPeggers) said about culture. In essence, she said that culture is made up of everyone and every interaction in the company. If it’s happening at your business, it’s a part of your culture. No amount of stacking the deck, wishing, words, or banners can change this. You have to accept the good, the bad, and the ugly of what you’ll find because only then will you know what you’re dealing with. And only then can you make the choice to change it. 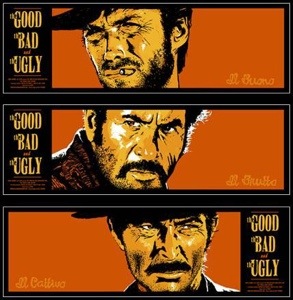 Like water eroding sand, every action we take reinforces the path we have chosen. It’s simple neuroscience – the more we reinforce neural pathways, the stronger those connections become and the easier it is to perform those activities we regularly engage in. What paths have been reinforced in your world?

If the culture where you are isn’t what you want it to be, think about how you’re impacting that culture. Are you reinforcing the positive, or strengthening the negative? Every choice you make contributes your culture. So if you don’t like it, do something about it. Be proactive. Refuse to engage in gossip. Build relationships across functions. Tell a good joke. Host a two-minute dance party.

For goodness’ sake, do something.

But don’t blame anyone else. We’re all in this together.

A company’s culture is often buried so deeply inside rituals, assumptions, attitudes, and values that it becomes transparent to an organization’s members only when, for some reason, it changes.