At a recent work function, an employee was recognized for her tenure with the organization.

She was introduced, presented with her plaque, and applauded for her service. And then she gave a small speech.

The speech was very much her personality – heartfelt, spontaneous, funny, endearing. But one part stood out over all others.

She began the section by thanking those who helped her in her career. She acknowledged all the support and mentoring she received from those around her. She then talked about all she was able to accomplish, comparing herself to a butterfly. And then she paused, realized how much she was going on and on about herself, giggled, and said, “I love me.”

The crowd laughed. They loved it. It was so “her.”

She laughed along a little bit, then got serious and said, “It took me a long time to be able to say that.”

Imagine being brave enough to stand in front of a room of your peers – and your leadership team – and say those words.

Would they be supportive? Would they applaud? Or would they politely clap while giving each other knowing glances that this is clearly a “career limiting move”? 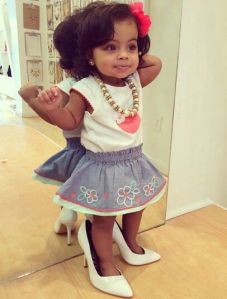 For all our humanity in the workplace, we actually kind of suck at dealing with heartfelt emotion. When someone expresses gratitude earnestly in public, it makes us uncomfortable. Why is that? Have we really decided that people AREN’T people that we should pretend we have no emotions? I hate drama as much as the next person, but I also recognize that people bring different parts of their lives to work. Some folks look forward to work as a place to leave the chaos of their life behind. Some people enjoy work for the relationships they’ve developed. Some people overshare (we didn’t need to see videos of your knee surgery, but thanks!). Some people never share at all (it seems like there’s that one person who no one really knows, and it turns out they have something like 12 kids and were in a movie once).

The point is, we as leaders have done a poor job setting a good example about what is an is not okay in the workplace in terms of emotions. Someone probably cried in a VPs office once and it freaked him/her out, and the next thing you know, all the “how to succeed in business” articles started defining professionalism as “no emotion.” That message of “stoicism = strength = success” has been perpetuated for years.

But then came Emotional Intelligence and suddenly we’re all supposed to care about our feelings, and worse than that…THE FEELINGS OF OTHERS. Good lord. We are not equipped for that – especially leaders. We’ve worked hard to HIDE emotions, and promote those who do the same. So what happened? Some leaders went WAY too far the other way, and were all about sharing and caring and wearing their emotions on their sleeves. Which, frankly, makes a LOT of people uncomfortable. And again, emotion became something to make fun of.

We need to find balance, people. We need to find a way for people to BE people without BEING all over the other people who don’t like to BE in public. Leaders have a chance to connect with their people, and help their people connect with other people – in a completely appropriate and professionally supportive way. No, we don’t have to be in each others’ weddings – but recognize some people might. We don’t have to go out to happy hour with our coworkers – but there are a lot of people who do. The best way to promote balance is to watch and learn from people who are successful, but are also unafraid to show emotion. They cry, they vent, they laugh uncontrollably at cat videos. But they still get shit done and they still command respect from those around them.

Back to our story….

After the employee being honored finished her speech, she received a standing ovation. And it reinforced everything that’s good about being yourself at work. About acknowledging the mistakes you made during your career. About being grateful to those who helped you along the way. About the pain of growing up. And about the satisfaction of kicking butt at your job for a long time.

Leaders – if you can have ONE employee be able to say that, then you have done your job. You have helped someone realize their potential. You enabled instead of dictated. You got the hell out of the way and watched someone flourish because of what was inside them.

I’m that annoying person who, during the course of a conversation, will tell you 2-3 books you should read because they are really good and would probably solve all the world’s problems and what do you mean you don’t have any time to read?

I’ve always been like this, and I thought everyone was like this. As a new manager, I used to suggest books for my team to read ALL the time, and I was surprised they weren’t as excited about it as I was. They good-naturedly (mostly) gave me a hard time about it, and occasionally someone would read a book.

Here’s the thing – even if they NEVER read the book, they were exposed to different ideas that might change their approach or encourage them to do a little research about topics that interest them. Basically, I made curiosity an expectation. 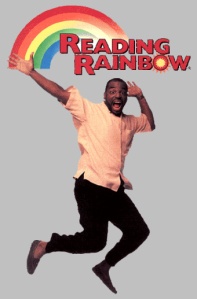 It’s for this reason that I say leadership and learning need to go hand in hand. As leaders, it’s easy to be pulled in a number of directions and use the excuse you’re too busy to learn anything new. Poppycock. If you don’t have time to read, use your commute to listen to Audible.com. Seek out people you don’t normally interact with and ask them about their work. Have lunch with a person you admire. If you have the means, find a conference or two to go to and connect with others in your line of work – or even outside of your line of work to expand your horizons.

[Note: I just finished reading ‘Contagious’ by Jonah Berger. Check it out. Great stuff about making a message viral.]

Like I said, I love to read. It’s how I learn, it’s how I share. If I tell you about a book I read and I think you should read it…it means I care about your development and think you have potential.

When my boss suggests something to read – as an employee I LOVE it. When I suggest a book to my team – as a leader, it’s my job.

I’ve learned that you shouldn’t go through life with a catcher’s mitt on both hands; you need to be able to throw something back.
– Maya Angelou

Got a book or interesting tidbit that you want to pass on? Share in the comments below!

Not too long ago, I wrote about the importance of having a support network to keep you on track.

I have my own group – #teamfaulkner.

The concept was born out of the idea of having a personal board of directors.  (I don’t remember where I first heard about it, but this HBR article is a good overview.)  I had hit a point in my life and my career where I wanted to start thinking about the long-term, “what do I want to be doing for the rest of my career” questions, and I knew I wasn’t equipped to figure that all out on my own.  I figured I’d put together an advisory committee of people who knew me from various aspects of my life, and I would use them to explore what I might be when I grow up.  There wasn’t a timeline attached – it was basically an exploratory committee.  I figured I had lots of time.

Reality had other ideas, and my job went away as part of a restructure.

It happens.  It sucks when it happens, but it happens.  The good news is that I already had a ready-made support team as I contemplated my next move. 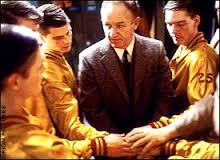 #teamfaulkner helped keep me grounded after the surprise of the reorg.  They offered support and acted as a sounding board for different options.  They connected me to some amazing people who shared their thoughts on the state of HR and helped me explore various career paths.  They made me laugh (a lot).  They listened to me in my whiney moments.  They took time to reach out individually as needed.  They let me bounce ideas off them, sharing opinions on various interviews and job options.  They told me what they thought while still leaving room for me to think it through.  And they supported me when I decided on where to land.

They were great.  They’re still great.

One of the #teamfaulkner members asked what I thought about the whole process.  I asked for a little time to think about it, and this person said I should answer on my blog.  So I am. Here are a few things I’ve learned along the way:

Now that I’ve started my next adventure, a couple of folks asked whether that was the end of #teamfaulkner.  The answer – HELL NO.  I will continue to rely on this group to guide me in my career and personal development.   I want to keep making them visit the Facebook group and read silly posts.  I want to keep learning from this amazing group of people.   I want the group to continue to learn from each other.  I want to tell them when I think they’re full of crap, and I want them to tell me when I’m full of crap (which they totally will).

In short, I want to keep in touch.

#teamfaulkner started as an experiment in leveraging my network, and it has grown into more.  And I will continue to reach out to my team for as long as they will have me.  It’s been an interesting process for me, and one I recommend for others who are looking to gain insight into their development.  Who knows?  There may be a book in it one day.  (If the team is okay with it.)

It is literally true that you can succeed best and quickest by helping others to succeed.
~Napoleon Hill