Recently, the producers of Dear Evan Hansen announced that its Tony Award-winning lead, a ridiculously talented Ben Platt, would be vacating the role on November 19. Platt originated the role through read-throughs, workshops, previews, and finally, a year on Broadway.

The show is a runaway hit, pulling in $1.5M a week and already providing its investors with a complete return on their investment (in a very short period of time for a small theatre on Broadway). While the show seems like it will be fine with a new lead, its continued success is uncertain and there has been no announcement of who will be taking over the lead.

For another show on Broadway, the continued success is known – it will not have any. Natasha, Pierre and The Great Comet of 1812 (heretofore known as The Great Comet because that name is just WAY too long) was nominated for 12 Tony Awards (3 more than the big winner Dear Evan Hansen). It starred Josh Groban, he of velvety-voice-with-little-inflection-but-everyone-loves-him fame. It was a rousing good time. It got a huge boost from the Tonys performance.

And then Josh Groban left the show.

Okieriete “Oak” Onaodowa (who originated Hercules Mulligan/James Madison in Hamilton) took over the role. People loved him, he had a wonderful debut. And about 3 weeks into his run, rumors started flying that Mandy Patinkin (Broadway royalty/Inigo Montoya) would take over the role. It was officially announced. And the backlash was loud and accusatory because Oak is black, Mandy is white, and the callousness of the move was jarring. Turns out, Mandy was horrified at what happened, and refused to take the role because of what happened to Oak – Mandy had been told Oak was cool with it…and Oak did not appear to be cool with it. Mandy’s out. Oak refuses to go back.

And now the show is closing less than a year after it opened because they have no “name” lead and advance sales plummeted.

So why would I spend nearly 400 words on the drama of a Broadway show’s missteps?

Because that could be your organization.

If you have talented, charismatic, AMAZING leaders in your organization and you haven’t planned for what happens when they leave, you could be The Great Comet.

Don’t be The Great Comet. 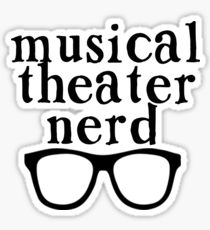 Because I’m an unabashed theatre nerd and have decided to run this metaphor into the ground, here are some lessons about succession planning you can learn from Broadway:

There you have it – lessons from Broadway on how you might approach succession planning within your organization.

For past two weeks, I’ve had a lot of ideas about blog posts to write – whether it was on the dangers of leaders failing to have self-awareness, the challenges of navigating your career, or the friction between similarity bias and our desire for inclusive hiring and working practices.

But then someone does something stupid in the real world and I don’t write anything, because it’s either too close to what I was going to write about and I didn’t really want to write specifically about that incident (*cough* Google *cough*), or the situation was so messed up and terrifying, all I can think is, “What the holy fuck?!” (*cough* pretty much everything from the White House *cough*)

So here’s what I’m going to write about.

Make sure you’re there to listen if they need to share. Make sure you’re okay respectfully ending a conversation if you realize you no longer want to engage with a toxic worldview.

Acknowledge people are feeling feelings and give them room to do so – as long as it isn’t harmful to others.

Encourage people to seek help if they need it (EAPs are there for a reason). Remind employees they have PTO if they can use it.

Don’t be afraid to laugh and be silly. The problems of the world are still going to be there after you take 5 minutes to watch a video compilation of cats in cute costumes. If someone tells you you’re taking the eye off the prize when you do that, you say, “Damn straight I am. Now look at Pirate Cat.”

Know your rights. Know the rights of people you disagree with. Understand what the First Amendment actually means in the workplace. Understand your state’s laws about worker protections for non-work activity.

But most of all, keep going. Look for the good. Look to the light.