RSS
← Some cheese with your whine? (dealing with the victim mentality)
“Tolerating” Failure →

The title of this post references, of course, that iconic moment in Road House when Dalton (played the late, great Patrick Swayze) tells an unruly sort, “It’s my way….(dramatic pause)….or the highway.”  It’s meant to be a macho moment and is absolutely appropriate coming from a bouncer at a seedy bar.   When spoken by a leader?  Not so great.

[Random aside: When verifying the name of Swayze’s character, I learned that the tagline for ‘Road House’ was “The dancing’s over.  Now it gets dirty.” Isn’t that awesome?] 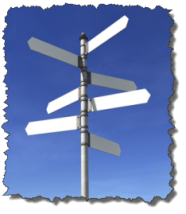 Where was I?  Oh yes…most of us at one time or another has struggled with someone in authority telling us there is only ONE way to reach a desired outcome.  And we all probably had the same thought – that’s dumb.  Except in certain circumstances (SEC filing requirements come to mind), there are MULTIPLE ways to do something (think about tying your shoes – you can do the single loop, wrap around method; or opt for the double-loop and knot method; or even the  old school Topsiders nubby-ended lace option).  True, there might be a “best” way to do something, but that doesn’t mean you can’t try another way.   And people HATE it when they’re told they can’t be creative or put their personal spin on something.  It can severely affect engagement in the workplace, leading to lost productivity or even higher turnover (particularly among top talent).

So why do leaders get stuck in “My Way or the Highway” mode?  And what do you do about it? So glad you asked!

Yes, some of this is a little tongue-in-cheek – because honestly, from the employee’s point of view, a leader who insists on only ONE way to do something is pretty ridiculous and thus reduces the leader to a caricature to be ignored and avoided.

It’s much more serious when YOU are the leader who insists there is only one way to do something.  Don’t be that leader – examine your motivations, admit that you do it (and we’ve all done it), and work hard to be open minded.  You’ll be rewarded with happier employees, better results, and a realization that there IS more than one path to a successful outcome.   So don’t be Dalton – be a leader who can embrace the infinite possibilities of the imagination, let go of your ego, and embrace the team’s success.

Posted by M Faulkner on February 28, 2013 in Skillz, Uncategorized

← Some cheese with your whine? (dealing with the victim mentality)
“Tolerating” Failure →