See thou character. Give thy thoughts no tongue,
Nor any unproportioned thought his act.
Be thou familiar, but by no means vulgar.

I hate to be yet another post about Richard Sherman and all that, but try as I might, I just can’t shake some feelings of disappointment over the whole affair.  For those of you who have been without internet, here’s what everyone has been talking about.

Sherman’s reaction touched off a firestorm of reaction.  The debate seems to have settled into two camps – those who think Sherman is a thug, and those who think the media is being unfair.

Give every man thy ear, but few thy voice;
Take each man’s censure, but reserve thy judgment.

When I saw it, I was pretty annoyed – he was asked a question about his team, and chose to use this moment to trumpet himself (not his team) and make a personal attack on Michael Crabtree, his opponent.   I don’t think he’s a thug or any of the other words used to describe him – I think he’s a guy with low impulse control who needs to have a little more professionalism.  The outburst (and subsequent follow up comments) lacked humility, a quality other greats in the game show in victory and defeat. 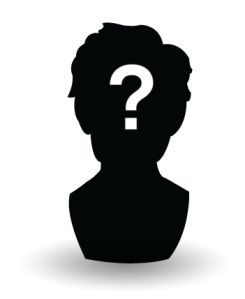 But do not dull thy palm with entertainment
Of each new-hatch’d, unfledged comrade. Beware
Of entrance to a quarrel, but being in,
Bear’t that the opposed may beware of thee.

But apparently I’m mistaken.  This story was written – telling us that we are lazy and awful because we didn’t bother to get to know the real Richard Sherman, and aren’t we all just shallow.

Guess what? We are how we act. Each of us is responsible for our behavior. Richard Sherman has a pattern of disrespecting his opponents. I’m glad he’s a person who found a better life through his talent, but that doesn’t excuse him for acting like a jerk.  And now kids are making videos re-enacting the rant.  We are supposed to be okay with it because if kids can re-enact it, there obviously wasn’t anything inappropriate done or said.  Other than the lack of sportsmanship.

There are CEOs who are assholes in their day-to-day lives who are loved because they manage their public persona so well (or the serial killer about whom everyone says, “he seemed like such a nice guy”), just as there are people like Sherman who may do wonderful things away from the spotlight, but chooses to act like a jackass when the cameras are on.  And the one we see on TV is the one from whom we make our judgements.  Is it fair?  Maybe not.

And that in way of caution, I must tell you,
You do not understand yourself so clearly

But it happens to each of us every day – our value to a company might be based on a hallway interaction with an EVP, or one meeting with stakeholders, or a chance encounter on IM.  And we don’t always get a chance to hold follow up press conferences or send out tweets to argue our case.  And most of us don’t get to play the “that’s your problem” card.

We all have choices on how we act.  No, we cannot control how people will react to us.  Nor can we control the judgements made about us based on the baggage people carry around with them.  But we can acknowledge that sometimes our actions might be misinterpreted because of the timing or tone, and we can apologize when we act inappropriately.  We can be accountable for how we act, for that is how others see who we are.

This above all: to thine ownself be true,
And it must follow, as the night the day,
Thou canst not then be false to any man.

Unless he is the person he acts like.  And that’s all on him.

3 thoughts on “You are how you act (a cautionary tale)”