Part of that is because we recognize that this world that we live in – particularly the HR blogosphere (yeah, I hate that word, too) – is a unique thing. We have a lot to say about a lot of different topics, yet ultimately, we acknowledge that all of these voices have a role to play and we love it when one of our own has a chance to be exalted by the masses.

And that’s where the annual Tim Sackett Day comes in.

Started in 2011-ish, Tim Sackett Day came about because Tim Sackett was (and is) a blogger and HR guy who couldn’t seem to get any love from the makers of lists.  So the blogger community got together and recognized one of their own.  This has grown into an annual tradition of giving a communal “shout out” to those who have greatness in their hearts, in their heads, and in their blogs.

This year, we recognize Recruiting Animal. 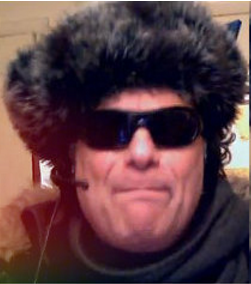 Obviously, the name alone is enough to get him on pretty much any list. I mean…seriously.  That, and the hat.

But ultimately, we recognize Recruiting Animal because he is a true pioneer of social HR. Don’t believe me? Check out the timeline:

If you are at all interested in HR blogs, then you probably know of Laurie Ruettimann (and if you don’t, you should!). Laurie had this to say about Recruiting Animal:

Animal blazed a trail on social media that allowed people like me (and you) to get on the internet without a lot of risks. And Animal provides you with coverage, whether you know this or not. He’s so outrageous in his big Canadian hat that he makes the things we say and do seem like no big deal…. His heart is as big as Toronto.

I don’t personally know Recruiting Animal. But I know of him. And I know people who think the world of him…and that says a helluva lot.

So (big furry Canadian) hats off to this year’s Tim Sackett Day honoree, Recruiting Animal! Keep doing what you do – we’ll all “get it” one of these days.

If you want to find Recruiting Animal online, you’ve got lots of choices: