The other night, after being woken up by a particularly loud dog turning over in her crate, the TV was turned on and I ended up watching an hour long program on NASA’s Curiosity mission to Mars.  It was awesome, and if you are not in awe of the things that human beings can do when focused on a common cause, shame on you.  I’ve been a space nerd from a very early age.  The Right Stuff is still one of my favorite movies. I really wanted to be an astrophysicist (then I hit ‘Intro to Complex Variables’.  Oof.) and I watch documentaries all the time (hence the Science Channel on at 3:00am).  I love that stuff.

As I lay there, not sleeping like I should have been, I was struck by how geeked (shout out to Steve Browne!) everyone was about the work they were doing.  And I couldn’t help think that any corporation would be lucky to have such an engaged workforce, and how any workforce would love to be that excited about going to work every day.  The NASA geeks obviously love that stuff, too.

I know NASA has come under fire in the past for their culture of cover up that resulted in deaths (Challenger, Columbia) and other leadership blunders.  I’ll address that side of the culture in the future. But for those people working on the Curiosity mission, the culture gave them exactly what they needed in order to love their jobs AND be successful. 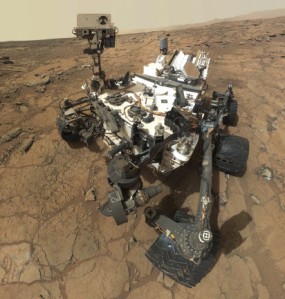 What is it that got these NASA people so jazzed (other than the obvious fact that they are working on AWESOME SPACE STUFF)?  Here are a few things that I think contribute to the high level of NASA employee engagement that corporations can learn from:

True, most of us will never get a chance to work on a project like landing a rover on another planet so far away that it takes 14 minutes for radio signals to reach it.  But when you think about it, none of the things that make those NASA geeks so excited are really out of reach for companies.  It’s about letting your people use their strengths to move the company forward on ambitious goals that everyone understands and connects to.  Each person knows what their role is and why it’s important.  They can be emotionally committed to the work.  And everyone can celebrate their wins and learn from their mistakes.

It doesn’t take a rocket scientist to figure that out.