Recently, a friend of mine asked if I had any tips as she thought about her next role. She knew that I had been through a similar situation about a year ago and wanted to know what wisdom I had learned from the experience.

I also laugh a little to myself when I get these requests. I think it’s fun that people think I know what I’m doing as a job-seeker. As a recruiter, not a problem – I can give advice and suggestions all day long about how to recruit, as well as share what recruiters and hiring managers are thinking. It’s different when it’s personal. I often describe my career as “Forrest Gump-ing my way through life” because I wasn’t always the most thoughtful in my approach. I would work somewhere for awhile, decide it was time to leave, then find something else without a lot of planning. It typically worked out, but not always. And while I learned something from every job, I feel like I could have avoided some of the pain along the way if I had been smarter about it. 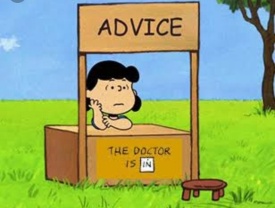 Thankfully, I was a LOT more thoughtful about my last move. As a result, I’m in a job I love doing incredibly interesting work with incredibly smart people. Finally.

So, to help you NOT be me, here are some of the tips I shared with my friend:

So there you have it. Hopefully this helps you as you contemplate that next job search. It’s not an exact science. Everyone’s search is a little different, so grant yourself a little grace along the way.

If you have any advice to share, please do! And good luck to those who are looking for their next job. We’ve got your back.

Okay, yes. That’s a super cheesy blog post title. But cut me some slack – I’ve been writing about WorkHuman for a really long time! The first post I wrote about it was in 2015, which feels really long ago. I’ve been to all of the WorkHuman conferences (here’s a quick overview of the history). I really like them. I’ve attended as a speaker, a moderator, a member of the social media team, and as a mere participant (who also still wrote and tweeted because I apparently can’t attend a conference without doing that).

So why do I keep going back to WorkHuman?

Well, for one thing – they invite me. 🙂 I really appreciate that. There are a lot of people out there who can write and tweet about a conference, and I am grateful they see a value in bringing me back each year to help the promote the event. And I also appreciate the fact that while I do receive some compensation for promoting the event, I have never once been directed about what I should say or how I should say it. They have always let the conference speak for itself and ask people to be open and honest about the experience. I can’t say enough about the team that puts on the event – they are fantastic people who love what they do, and it shows. 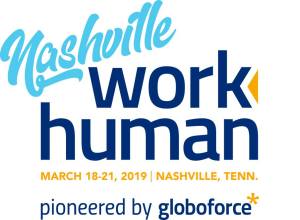 Every year, the conference is a different experience because the team experiments with different set ups to encourage as much human interaction as possible. It’s much different than most conferences I’ve been to. Last year in Austin was really amazing – a large space for downtime, networking conversations, indoor food trucks, gratitude trees, coffee bars. It was a fantastic set up and I can’t wait to see what they do this time!

I also go because I get to see so many people who want to learn more about how to work differently. The topics at WorkHuman aren’t focused on compliance or laws (although the conversation DOES come up). Most speakers talk about the importance of making a human connection, and the attendees really respond to the message. People are frustrated at work. The lines between work and home continue to blur. The more we acknowledge the social nature of human beings (yes, even introverts), the more we recognize the need to change how we approach our interactions. The people at WorkHuman are there to learn from the speakers’ sessions and I love talking to them throughout the conference.

And let’s talk a little bit more about those speakers. When you look at the roster of speakers that WorkHuman has gotten over the years, it’s mindboggling – Arianna Huffington, Adam Grant, Shawn Achor, Simon Sinek, Michael J Fox, Brene Brown, Salma Hayek, MICHELLE FREAKING OBAMA – just to name a few. All the keynote speakers brought unique perspectives and research and experiences to the conference, challenging the attendees to see the humanity in everyday life. And last year, WorkHuman featured a spotlight on the #metoo movement, with a memorable panel featuring Tarana Burke, Ashley Judd, and Ronan Farrow. This year promises to bring even more amazing speakers to the forefront – Viola Davis, Brene Brown (back again!), George Clooney (Amal Clooney spoke last year), and others – including me!

So I’m counting down the days until I get to join all my friends at WorkHuman – this time in Nashville, TN. I hope to see you there!

There is still time to register! Use discount code WH19INFMFA when you sign up here.

*Author’s Note: See what I did there?

There’s been a lot written about the challenges of being an introvert in a workplace that tends to value the behaviors of extroverts (see: Susan Cain). From open floor plan workspaces to “collaborative” work styles (e.g., we all sit in a room and stare at the same document until magic somehow occurs), to a belief that you must speak up in meetings or you’re not adding value – the preferred work style of introverts seems contrary to how corporate America seems to want to operate.

Despite this clash of styles, introverts are doing (mostly) okay. Exhausted and fussy at times, but mostly okay. We’ve been figuring out how to adapt to, and influence, our work environments to find a way to not only exist but thrive. We have also made headway in busting the myth that introverts are anti-social heathens who hate people. (That’s only a few of us.) Most introverts actually like people…but individually, and for short periods of time. Or through social media, because this means we can meter the intensity of our interaction to match our energy. Which is nice. Slowly but surely, we’ve started to change the perception that you have to be “outgoing” to be a good leader.

Then out of the blue…someone asks you to join their “group.”

Maybe it’s a bowling league. Maybe it’s a work committee. Or maybe someone tries to throw you into a generalized reference to a “them” when telling a story.

If you just read that and felt your heartbeat climb and your anxiety increase, chances are you are NOT a joiner.

It’s okay…I’m one of you. (Which really is kind of funny when you think about it, because now we’re a group but we don’t really WANT to be a group, and now we hate ourselves for being part of a group. Ugh.)

I know I started this post talking about introverts, but I want to point out that extroverts can be “anti-join,” too. I think anyone who hates being labeled or put into a box (particularly by others) aren’t really a “joiner.” Because introverts recharge individually, though, maybe they’re more prone to not wanting to join the club. (I have no research to support this, but it seems like research doesn’t change people’s minds anyway, so let’s pretend I told a really emotional story and got you on my side on this one.) (And yes, I’m aware of the irony that I just used research to prove that research won’t change your mind.)

Anyway, back to not wanting to be a joiner.

The problem with not being a joiner at work is that it somehow puts a mark on you. People who don’t want to join the club are often labelled as difficult, or maybe they “aren’t a culture fit,” which is often code for “not like us.”  Unfortunately, that mark can be tough to shake. Most people want so desperately to belong, so it’s hard to understand why someone wouldn’t want to belong in a very public, assimilated way.

And that’s where the challenge lies – never try to tell a non-joiner they HAVE to join. They will become stubborn, angry, and most likely will act directly opposite from what you’re trying to get the group to buy into. (At least that’s what my mom says I do. I think she’s lying out of spite.) They will feel put upon, and more importantly, they will feel even more like an outsider because you have put their otherness on display. And now they will never join you.

This is a damn shame, too, because here’s the thing – non-joiners actually do join things. They just tend to be much more selective and only join things that really speak to them – causes, activities, awesome snacks at club meetings. Don’t think of them as non-joiners. Think of them as the Discerning Joiner.

Discerning Joiners recognize they only have so much time and tolerance for meetings, get togethers, busy work, etc. They focus instead on things that they care about. And when they decide to join that “club,” the Discerning Joiner is a juggernaut. They will devote time, energy, attention, resources – anything they need to do in order to make sure their decision makes a difference for someone.

You WANT Discerning Joiners – you just don’t realize it yet. They tend to be the people who can make a real difference in society. They see something they don’t like and refuse to “join the club.” Instead, they make a conscious decision to evaluate the situation and do something to turn people’s heads and make them uncomfortable. It could be something as simple as sitting in someone else’s “spot” in a meeting to break up the monotony. Or it could be something as public as kneeling. Whatever action they take, though, they take intentionally. Don’t discount the power of that. Harness it. Encourage it. See what you can do to create an environment that allows that to happen positively.

And if you ARE a Discerning Joiner, stay strong. Stay principled. Don’t feel pressured to join the crowd. Join when it makes sense. Feel comfortable in being an individual, too.

USE YOUR POWERS FOR GOOD.

Even if you do it alone.

I am no bird; and no net ensnares me; I am a free human being with an independent will.
– Charlotte Bronte